Even before his appearance on ‘Shark Tank’, Shark Wheel's COO Zack Fleishman was familiar with the spotlight as a professional tennis player. During a decorated decade in the sport that saw Zack reach No. 11 in the United States and No. 127 in the world, he went on a bike ride that would change the course of his life. His bike tire burst, tearing his shoulder in a way that required reconstructive surgery and dashing his dreams of participating in any future competitions.

However, it was through his tennis coach that Zack would meet David Patrick, an inventor and scientist who was to become his future business partner.

Through injury, happenstance, and chance scientific discovery, the Shark Wheel was born.

TLDR: Watch the Q&A video below or carry on reading the article. 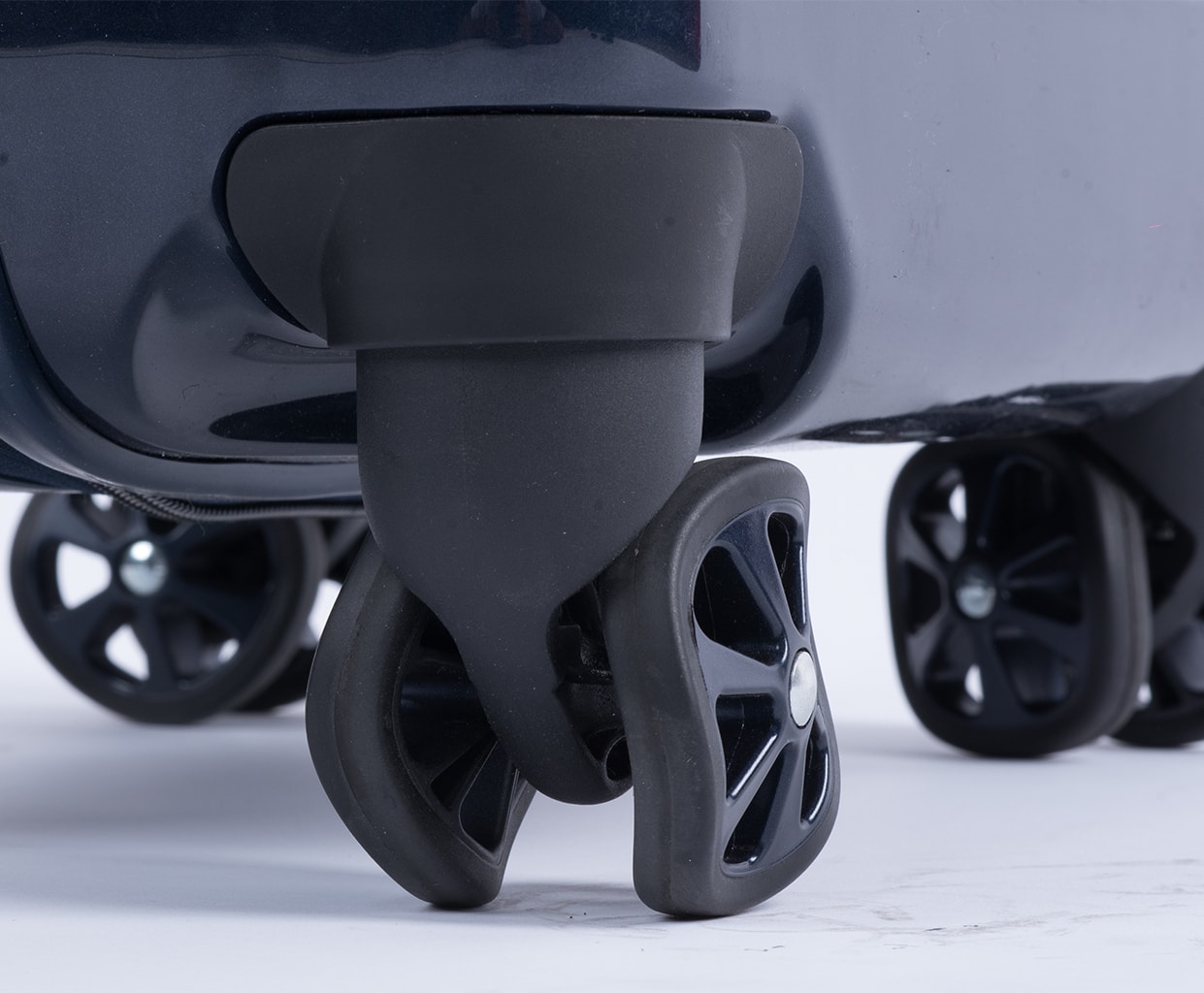 Shark Wheel’s ethos is: ‘Anyone can make something complicated. The real challenge is to make something simple’. David Patrick, the inventor of the Shark Wheel and co-founder of the company, was inspired by a scientific discovery that remains a brand secret to this day.

Purported to be “one of the coolest things you'll ever see”, this unreleased finding inspired the wheel’s undulating sine wave pattern - a pattern seen in all of nature's motions, from ocean to radio waves to how snakes slither and the alternating gait humans make when they walk, to the sinusoidal path planets make around the sun. It’s even the shape of a shark's jaw, which is where the 'shark' wheel gets its name.

Shark Wheel launched its Kickstarter campaign in the summer of 2013, and ended up shipping its first set of wheels almost a year later in May 2014. Since then, its innovative biomimicry has reinvented how companies across many industries move.

The wheels can now be found on skateboards and roller skates as well as offering an enhanced level of movement to key players in the luggage industry. Industry leaders such as Samsonite, Harley Davidson, and SkyValet luggage all feature Shark Wheels, as do all luggage for the NBA, NFL, Major League Baseball, National Hockey League, PGA Tour, Team USA Olympic gear, and 150 different universities.

We caught up with Zack to find out how the wheel of fate has turned for the company since its humble beginning on Kickstarter.

Check out the Q&A video below or keep reading. What advantages does a Shark Wheel have over a conventional wheel?

A Shark Wheel has many advantages over a traditional wheel, which has been proven in scientific testing at universities for over two years, both lab testing and anecdotal.

We also have thousands of five-star reviews on Amazon. Some of the advantages change depending on the application.  If you look at our skateboarding wheels, we move small objects, left and right, and out of the way. This is unlike a traditional wheel, which acts like a steamroller and tries to go over small objects. A Shark Wheel moves like a snake around objects, which is a much different, smoother riding experience.

If you look at other industries like material handling, the wheels last longer, and they dissipate heat better than a traditional flat wheel. If you look at our farming wheel, you might see our largest advantages. Irrigation and agricultural wheels move around in a circle on a central pivot. Irrigation machines are just a moving sprinkler; they water the soil, the soil turns to mud, and creates huge trenches that cost farmers a lot of money because of downtime and machinery breakage.

It's a huge pain point for them to have to refill miles and miles worth of deep trenches that could be up to five feet or even larger. Shark Wheel solves that by geometry alone as it pushes the soil back toward the center. 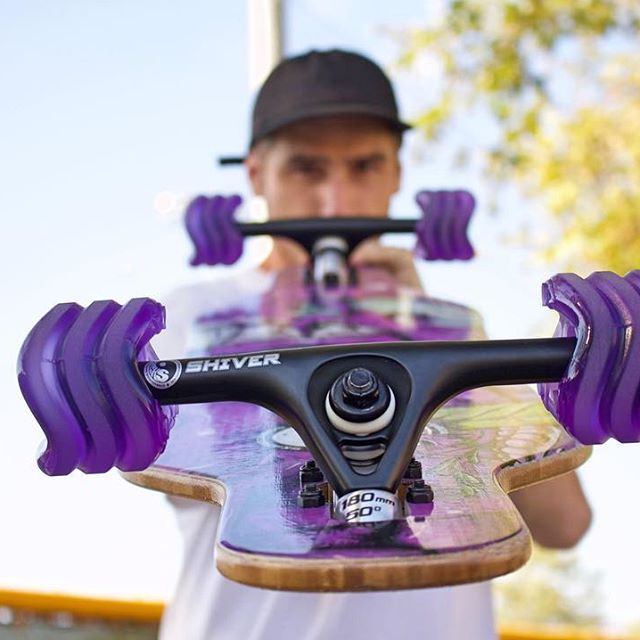 It’s not easy to challenge the status quo - especially when it comes to a design as established as the wheel! What obstacles did you meet and overcome when trying to convince skateboarders to make the switch to Shark Wheels?

When we launched the Shark Wheels into the skateboarding industry, the response was very polarizing.

Some people thought it was the coolest thing they've ever seen and incredibly innovative, the other half thought it was a gimmick and wanted nothing to do with it! There used to be a website actually that doesn't exist anymore; it was called Silverfish Longboarding. They were a very big website when we launched, and we'd identified 33 people who were the most negative about our wheel. However, they hadn't actually tried them. We pledged to send those 33 people free sets of wheels, so instead of guessing about their performance online, they could try them out. A lot of those people came back with reviews like, "You know, I was really ripping on these guys, and after trying them, they kinda blew me away."

In the skate industry, you just have to pay your dues. And once people see that you're in it for the long haul and not trying to make a quick buck overnight, you start getting respect over time. We have thousands and thousands of great verified purchase reviews, so I think the narrative has changed tremendously in the community where we are recognized as a premium product with high-performance characteristics, and almost the entire industry knows about our wheel now.

We knew that we had an education process in talking to people about why they should want a wheel with this crazy geometry, but we've come a long way, and we're proud of where we're at. 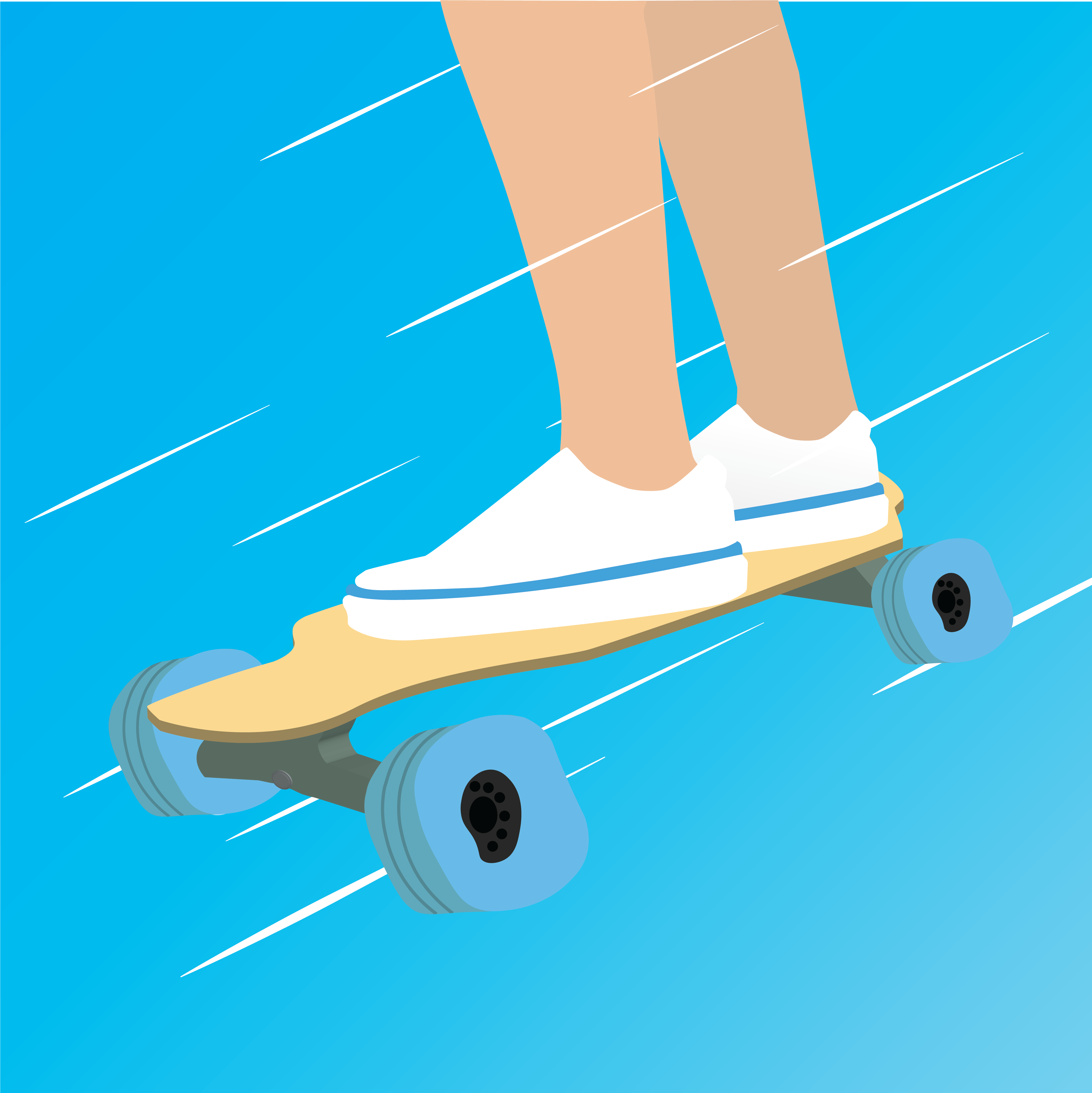 How do you allow skateboarders the ability to mod and customize their decks?

So, Shark Wheel is all about customization as well. We've tried to offer pretty much every color in the spectrum over the years. We've tried everything from opaque to transparent wheels and any color you can think of.  We've kept all the colors, but we've whittled it down to what the best-sellers are. So just as an example, transparent green is a great seller, but solid green is not for whatever reason. So we've taken the customization on from a business perspective to make sure that we're offering what the customer wants to see.

We have many different sizes and shapes of decks, different materials from acrylic to carbon fiber to recycle aluminum to Canadian maple wood to Northeast, and Hard Rock maple wood. We even have plastic boards, so we feel like we cover the gamut and allow any skateboard rider to buy what they want.

Which product are you proudest of to date?

I'm proudest of our electric skateboard. It's our newest product and our best-selling product in the last 12 months. It took us to a new stratosphere when it came to revenue and I'm proud of every part of the deck. Our generation 2.0 board has everything from a carbon fiber deck that can hold well over 350 pounds and motors that will allow you to go up to 35 miles an hour if you're brave enough. It has a stash box, custom trucks that look otherworldly.  It even has a clutch to allow for manual riding - we've thought of everything. It's been so successful that we decided to create a 2.0 generation board, which will be out in the summer or late summer of 2021.

But we have so many other products in so many other industries: our farming wheel has blown me away in its performance and how it looks. It's truly a wheel from the future. 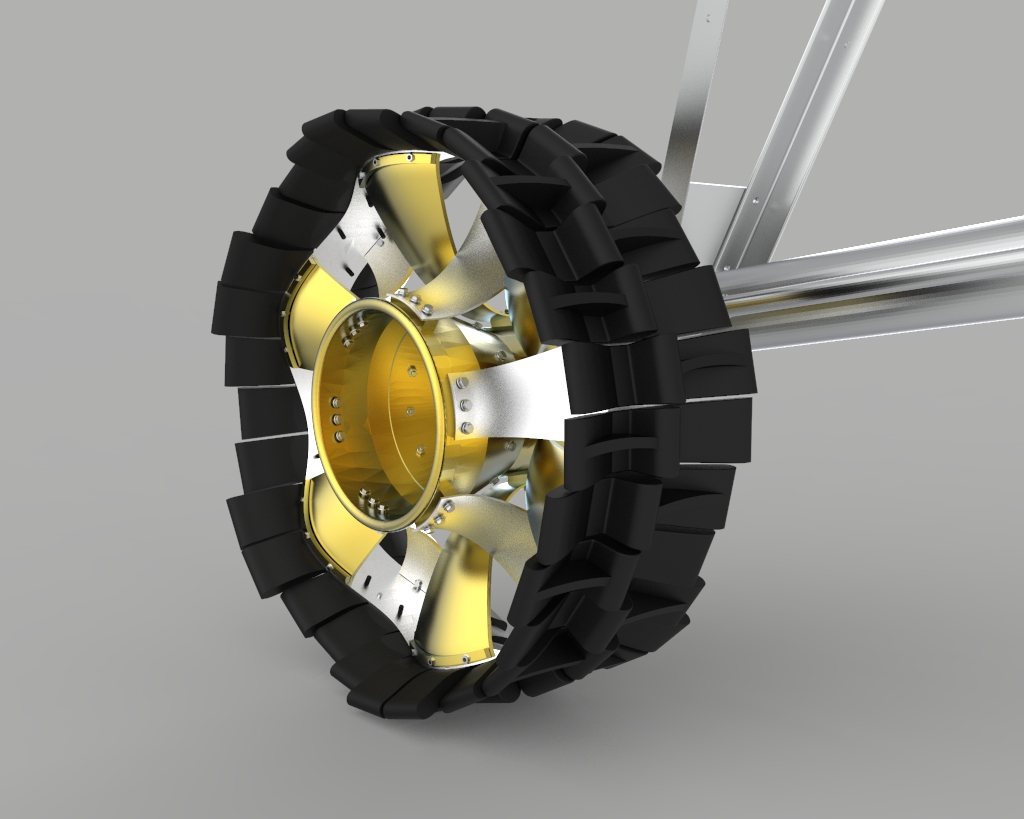 Which skateboarders have tried, tested and loved your wheels?

Shark Wheel has sold well over one million - an incredible milestone for our company. You know, we had started with just an idea. We didn't even know how to make our shape, and mass production took us a year to figure that out. Today, so many skateboarders have tried our wheels, and we've won seven international competitions.

So not only does the wheel look crazy and is fun to ride, but they're also truly high performance. Catch our Discovery Channel episode where Tony Hawk was interviewed and had already heard of the wheels; he had some nice things to say about them.  Other pros have tried them, and we have many videos online that people can check out.

How do you collect and integrate feedback into your designs?

We've sent out multiple surveys to our 60,000 plus email list. We've tried to hear what people want in terms of sizes and colors. What the biggest issue is with buying truck wheels, whether it's price or something else. We're constantly trying to learn, and we're always trying to integrate feedback into our designs.

Our new 2.0 Electric Board that will be out at the end of summer 2021 tackles all those issues. We'd listened for the past 12 months to what people want, and we're trying to check the box on every single thing to create a product that's truly custom. We have a swappable battery that people can change out in under 10 seconds, so theoretically, it has unlimited miles. We offer a free backpack with every order so people can carry extra batteries. The carbon fiber boards simply don't break. We're all about giving the customer what they want. They support us; we want to support them in any way we can.

What’s your most mind-blowing achievement to date?

It's hard to pinpoint our most mind-blowing achievement to date. There are a few highlights that are fighting for that title. Appearing on Shark Tank was life-changing for the company. Having that type of exposure made Fortune 500 companies call us instead of having to cold call and reach out to them.

But also, it was one thing to reinvent the wheel and something else entirely to reinvent the mold that it takes to make the wheel. It was almost a year-long undertaking to figure out how to make the wheel at the same price as a regular wheel. We met with so many different engineers, and many said that it couldn't be done. Some said that it would cost millions of dollars just to figure it out, so that was a huge achievement.

And people love it. Forget the scientific testing. Forget all that stuff. People just enjoy the product. They write to us all the time and online - you can read the reviews. Feedback is a real conversation starter. Our customers riding on a subway, or walking down a street have people asking them, 'how's that even possible?' or 'what is that?'. We like to say that every set of wheels sold sells another two sets. We spread by word of mouth, and we're very proud of that.

Like what you read? Check out our other featured articles:

BRIKL supports the full journey, from design to order, checkout and payment. This is what we call...

As the leading manufacturer of triathlon gear, including race and training day apparel, footwear,...