An Interview of Purple Tiger - Rachel McBride With Brikl

It's hard not to feel complete awe when considering Rachel McBride aka Rach McBride aka the 'Purple Tiger's vast range of achievements.

A professional triathlete since 2011, Wattie Ink ambassador, three-time Ironman 70.3 Champion, one of the strongest cyclists in the world, two graduate degrees in genetics and an accomplished cellist. Rach is an athlete whose feats of physical endurance are wholly matched by their feats of intellect.

We managed to catch Rach during a rare lull in their schedule to find out more about what inspires, motivates, and challenges them.

First thing's first, why are you known as the 'Purple Tiger'?

When I lived as a punk rocker in Berlin, I had dyed tiger print hair. I was standing on the platform at a train station when a little kid said to their mum, "Look, mummy! A tiger lady!".

The nickname stuck! My favourite colour is purple, which is why my mohawk, bike, and first custom race kit by Wattie Ink has earned me the name the Purple Tiger!

Speaking of being a Wattie Ink ambassador,  you turned pro at 32, which must have challenged sporting attitudes about what's athletically achievable in your 30s. Yet today, you're one of the strongest cyclists on the world's circuit.

What was it like trying to achieve your sporting ambitions in your 30s?

My experiences of trying to achieve my sporting ambitions in my 30s - that's a pretty big question! Success in elite sport came pretty quickly for me when I started triathlon. I did my first triathlon at 28. A couple of months later, I was an amateur national champ, and the next year I was an amateur world champ in the Olympic/Standard distance.

When I finally tried my first long-distance race, I won by a large margin and was on the podium in my first international competition the next month. I don't know if I even really have had specific goals other than to keep challenging my mind and body and to continue getting faster.

The biggest challenge for me has been a whole lot of injury in the last decade. I've had a hard time maintaining consistent run training with several stress fractures and other running injuries over my career.

However, dealing with these rollercoasters has made me much more resilient and grateful for my health and strength.

What challenges have you encountered as a non-binary athlete, and what advice would you give to other athletes who identify as non-binary?

The biggest challenge has been at competitions where my gender is assumed a woman and my pronouns as she/her. I get lumped in "ladies" and "women" by race announcers and even fellow competitors. On the one hand, it is understandable as the female category is where I race, but it makes me feel invisible and out of place.

However, the live stream commentators for my last race Ironman Coeur d'Alene did do a great job of using my correct pronouns, which was just so incredible.

I had a lot of folks reach out after hearing that to say how awesome it was. It helps me continue to recognize how important this work is. My advice to other NB athletes is to be brave. Visibility is powerful, and if you have the privilege to be visible, it is doing so much to open your community's eyes and grow compassion for all folks outside the binary. 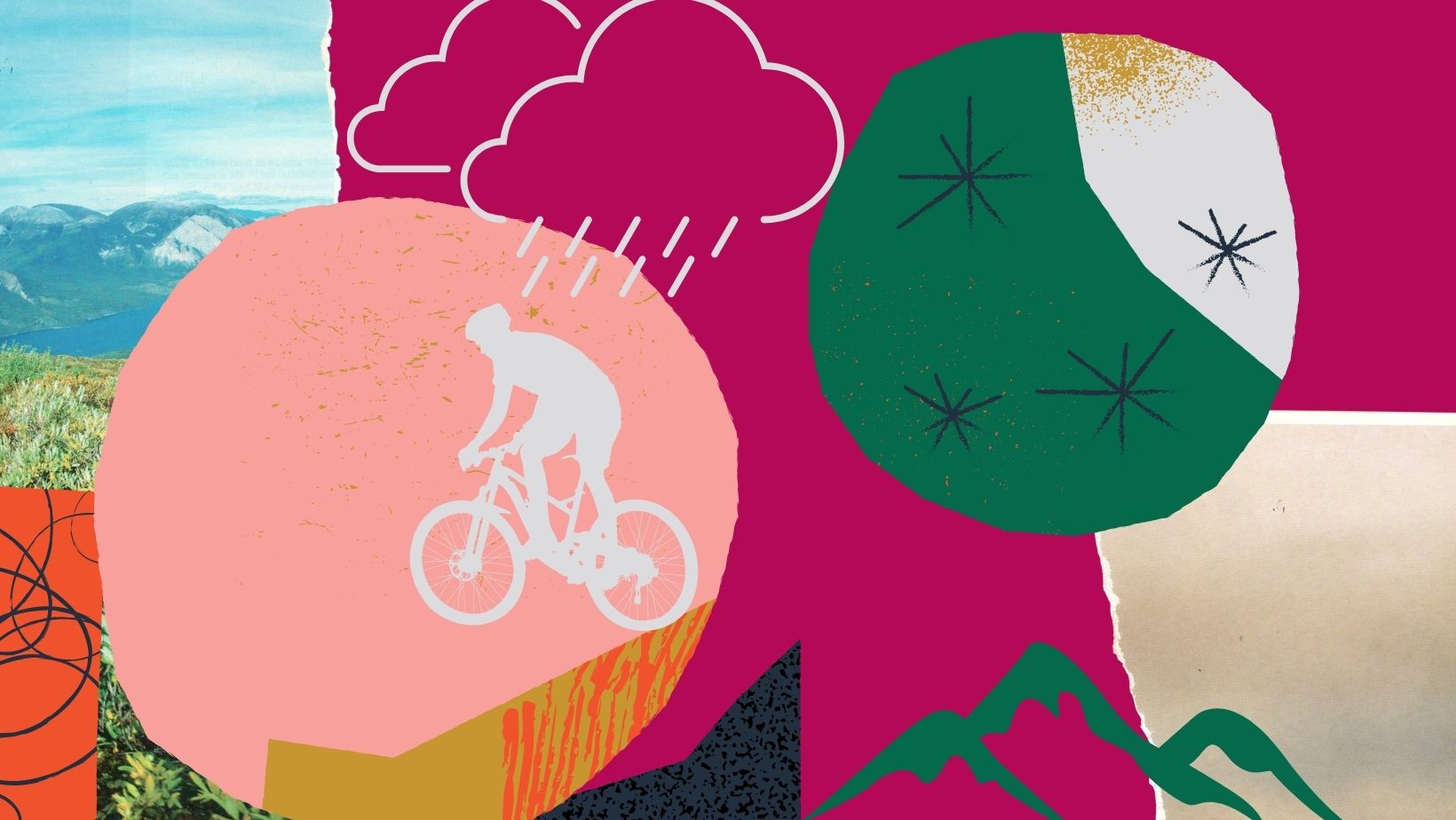 You hold two graduate degrees in genetics. How has your insight into the fundamentals of the human body influenced your approach to life?

My scientific understanding of how our bodies work has greatly influenced how I approach life as well as sport. It has come in handy, especially when managing the mind-body connection.

I'll give you one of my favourite examples: before every single race, I feel terrible, like I just want to go back home and go to bed. I used to think something was wrong with me! I thought perhaps I wasn't cut out to be an elite athlete.

Once I understood the science behind my own body's reaction, I understood that it was just my sympathetic nervous system making me feel a little amped up, translating into anxiousness and excitement. It was my body's way of telling me I really cared about racing! The same thing happens before other important events like public speaking or presentations. Now I know to expect it, to accept it for what it is, and manage the anxiety in a more productive, positive way.

Who or what inspires you the most?

Unabashed authenticity inspires me the most. It is so incredible to see people fully expressed. I am also so inspired by people who are testing the limits of human potential - going faster, longer, higher, stronger.

If you weren't an athlete, what would you be?

I honestly can't imagine doing anything else with my time right now other than being an athlete! I dream of joining the circus, racing motocross, helping communities in emergencies like natural disasters... Ultimately, I hope to find a passion similar to that which I have for being an athlete.

And truly, no matter what I do in my life, I will always be an athlete of some kind! It has brought so much to my life, and I can't imagine not being as fit as possible.

What have you been up to lately, and what are you hoping to achieve in the future?

My life revolves around getting to the next start line. So this year, I've been focused on swimming, cycling, running, and getting stronger than ever.

I've also been working with a film crew who is creating a documentary short film on me called "Purple Tiger" that will be hitting a film fest near you later this year!

This year for me is about me hitting my racing goals, especially a sub-9 hour performance at Challenge Roth and toeing the line at the Ironman World Champs this fall.

You're pretty heavily inked! What do your tattoos mean to you, and what designs have you got your eye on in the future?

I got my first tattoo at 18 years old and never looked back. All my body art represents important things in my life like family, relationships, moments in time.

For the first time in my life, I don't have any current inspirations for more art, but I'm sure something will come in the next years!

On top of everything else, you're also a classically trained cellist. How did you first get into that?

When I was in Grade 4, my school was graced with a great music programme. Each student had to choose either choir, band, or orchestra. I grew up listening to classical music, and for some reason, I had always wanted to play the cello. So at age 9, my dream came true!

As an individual who's always on the move, how did the pandemic affect you?

As much as I am on the move, I'm also quite a homebody. When I am not travelling for races or training camps, I'm usually home or making shorter trips around BC.

I was lucky that in early 2020, I had gotten to travel and race in New Zealand. So I had scratched my travel itch right as the pandemic was ramping up. At first, when restrictions were high, it was frustrating not to travel for my usual southern training camps or leave the city. But as things started to open up again, I got the opportunity to explore this incredible province I live in with gravel riding trips to areas like Bella Coola and the Rockies. I think I made the best of 2020 all things considered!

What technologies inspire you the most as a sportsperson and why?

The latest gadget I love is the Whoop HRV monitor. Sleep is the place a person can see the most gains in recovery. Whoop keeps me accountable by tracking my sleep amount and quality.

I am also really intrigued by the real-time blood-glucose monitors. Having struggled with hypoglycemia in my last race, this will be integral to helping me nail the "4th discipline" of Iron-distance racing.

Finally, I love the idea behind the Apollo Neuro, a wearable touch therapy for stress. The science behind it is fascinating. Now to get my hands on one...!

A massive thank you to Rachel McBride for taking part in our interview. And if you want to see Rach in action, check out their website here.