Humility is something that comes naturally to Ellie Salthouse - a committed triathlete and Zoot ambassador. But her mild manner doesn’t give away her fiercely competitive nature. "Starting at 11 left me a lot of time for racing!" She's commented previously, but despite the lighthearted tone, it’s clear how deeply entrenched being an athlete is in her DNA. It’s this storm beneath the quiet that led to her taking a silver medal at the Youth Olympics in Singapore in 2010 at 17, at her first international event.

Meeting her coach, Siri Lindley, was a notable turning point when her enthusiasm for competition started to wane. Ellie was inspired by her new coach’s fresh strategic approach and the fact that Siri, as a professional triathlete herself, knew the pain, struggles, gut punches and incomparable joy that came with being an athlete. Siri's mentorship of Ellie was a pivotal turning point in Ellie’s comeback story, resulting in five top-five places in 2017 and a top-10 finish at The Championship Challenge Samorin in 2019, to name but a few of her achievements to date.

Her most recent victory at the Ironman 70.3 Andorra has seen her win all five races she competed in - a storming success by all accounts. We had the honor of catching up with Ellie Salthouse ahead of this race to find what drives, inspires and makes her do what she does.

TLDR: Watch the video below or continue reading our Ellie Salthouse interview.

You've spoken about how your brother was a huge influence on you when it came to your sporting interests.

How did your family support your athletic ambitions?

They've supported me emotionally and financially, in every way they can, right from when I was tiny up until this very second. They're my biggest fans, supporters, and my cheer squad.

My parents have always supported me, no matter what, no matter my goal or ambition. And my brother was a huge influence on me growing up and always into sport. I always wanted to beat him, so I guess that's where my competitive streak came from!

Having taken up junior triathlons at 11, you must have had to make sacrifices to train. What were the hardest and best parts of being an athlete so young?

The best part of starting training so young and joining a squad is that I had friends and people around me all the time, supporting me and a nice club environment to keep me motivated.

I think that's what it's all about when you're 11 years old, or all the way through, to be honest, but especially when you're young - you want to love what you do. Doing things for enjoyment and not being pushed or feeling that it's a chore is really important.

But of course, it was hard juggling school and training and all the stresses that come with being a young kid. It was difficult growing up, having to train before and after school and then have a full day of school.

Ultimately, it was great and set the foundations for the incredible career and mentality that I have today.

If you weren't an athlete, what would you be?

I would most likely be a dietitian. I'm studying nutrition at university at the moment alongside training and traveling. I'd like to pursue that with sporting teams or high-level athletes to motivate them and share the knowledge I have gained from competing over the last 17 years.

How important is a good coach mentor dynamic, and what do you look for in yours?

Having a good coach is imperative at this level and at any level, to be honest. They keep you motivated, they understand you, and they're able to get the best out of you.

Siri [Ellie's coach] is so motivating, and she understands her athletes because she has been in the exact position that I am now - she's achieved what I want to achieve. She's a two-time world champion, and she's sat exactly where I'm sitting now. She really understands what makes every individual athlete tick, because we're all different. 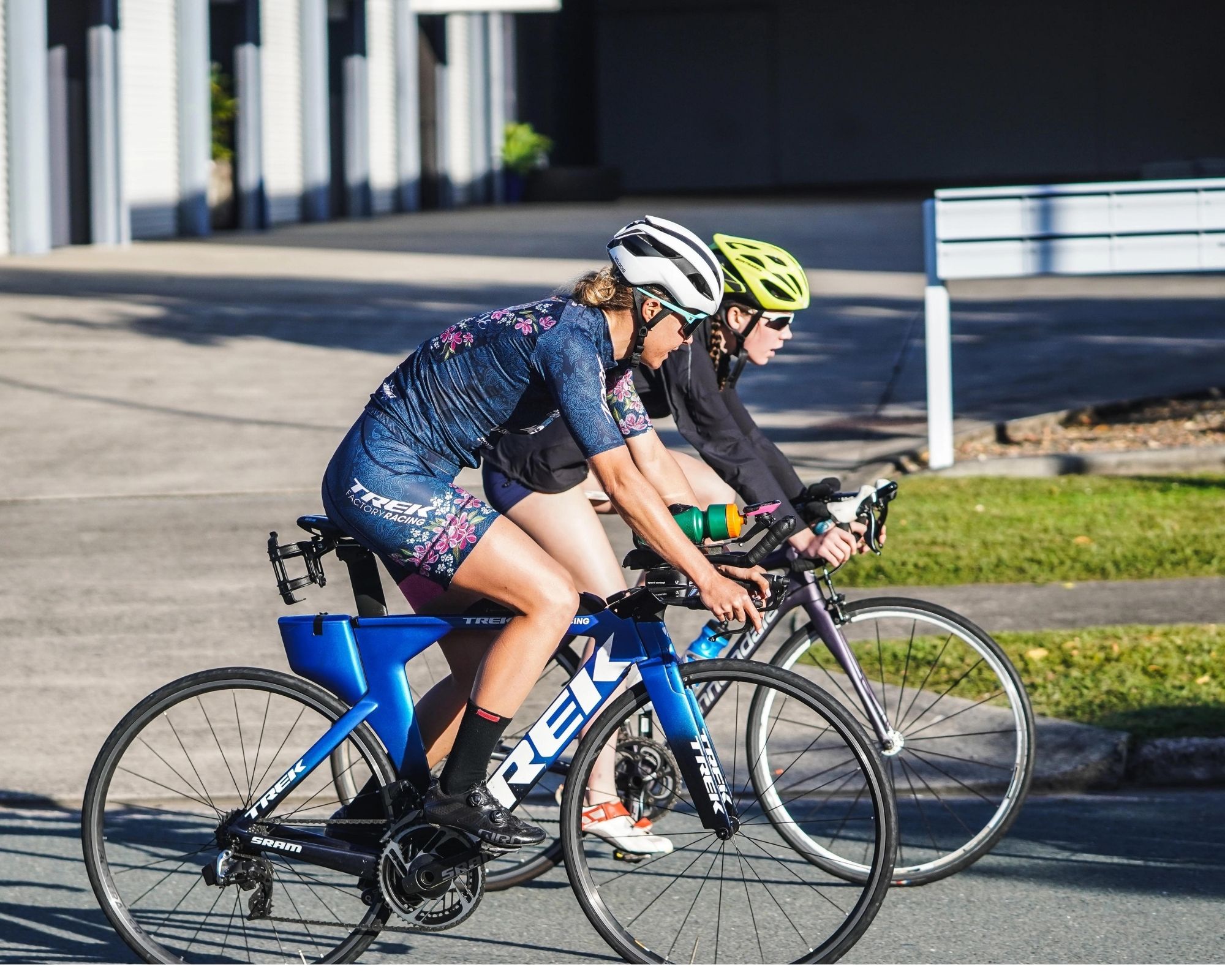 What does good kit mean to you, and how can customizing your gear make you a better athlete?

Having a nice race and training kit is pretty important because of the age-old story: when you look good, you feel good.

When I'm racing and training, I need kit that is comfortable and brings out my personality a bit more and makes me proud to be representing a company. I'm really lucky to have Zoot on my side.

We customized different kits a year ago, so that I can not only wear my own kit but offer it to others so that they can hopefully feel as good as I do wearing it. I'm really proud to have input into the kit that we produce: feeling like I'm wearing a piece of me makes me push that little bit harder.

You've traveled the world racing in Continental Cups, World Cups, and World Championships. Which country did you enjoy competing in the most and why?

I've been lucky enough to train and race all around the globe and continue to do so. I'm actually in beautiful Andora at the moment, about to race in a couple of days. It's right on the border of Spain and France, and is probably one of my favorite places that I have visited: it is stunning.

But I also love competing and training in Boulder Colorado - it's essentially my second home now. I've been going there for the US summer for about eight years. So I would have to say that's my favorite place.

You took a break in 2013. What made you lose your passion for sports, and how did you rediscover your love for it?

I took a break in 2013 because I felt like I was racing for everybody else and not for myself anymore. I wasn't enjoying the training and all the racing. I felt like I had to jump through so many hoops to impress selectors and other people, and I just lost the love of competing and training for myself and trying to achieve my goals. That was a real reason that I ended up taking about six months off. I had unfinished business in triathlon, and I knew that I would be back eventually.

I just had to find that love again and that fire to get me back doing what I love. I rediscovered that by just taking time away and giving myself an opportunity to miss triathalon and missed the training and everything that comes with it. And that was when I was able to find Siri Lindley. So I think taking that break was one of the best things I've ever done, in terms of my career and being able to reignite my fire for triathlon.

What does your training regime look like right now?

Right now, I'm just coming out of a really solid 6-week block of training. I had four big races at the beginning of 2021, then took a week off just to recover. I am racing this weekend.

I feel great. I feel fit and ready to go. So I'm looking forward to seeing all that hard work play out on race day this weekend. And then once I leave Andora, I'll head over to my US training base in Boulder Colorado where I will get stuck into another big 8 week training block ahead of Collins Cup. I love the big blocks. I love being able to string together consecutive weeks of really hard training. There's nothing better than just putting your head down and getting the work done to the best of your ability and watching it correlate to race day.

Princess Minnie, your french bulldog, is incredibly cute! How do you fit being a dog owner around your competitive lifestyle?

I would love to say that princess Minnie is mine but unfortunately she is the family dog. So I am cool Aunt Elle to Princess Minnie and our other French bulldog. I miss them so much when I am gone. They stay at home in Australia with my family while I'm gone but I do receive regular updates and regular photos. So I'm excited to get back to Australia every year and see them, and they're always so excited to see me.

Zoot is the leading triathlon sports brand. What's been the biggest highlight of your sponsorship with them?

The team is incredibly supportive of my travel and of me as a person. They always ensure that I'm the best dressed on and off the race course, they have the same ideals and values as me and they’re a close-knit family. They're all about sharing their passion for travel and making the best triathlon gear, and to have everybody dressed to impress. I’m very lucky to have them outfitting me, supporting my career and backing me a hundred and ten percent 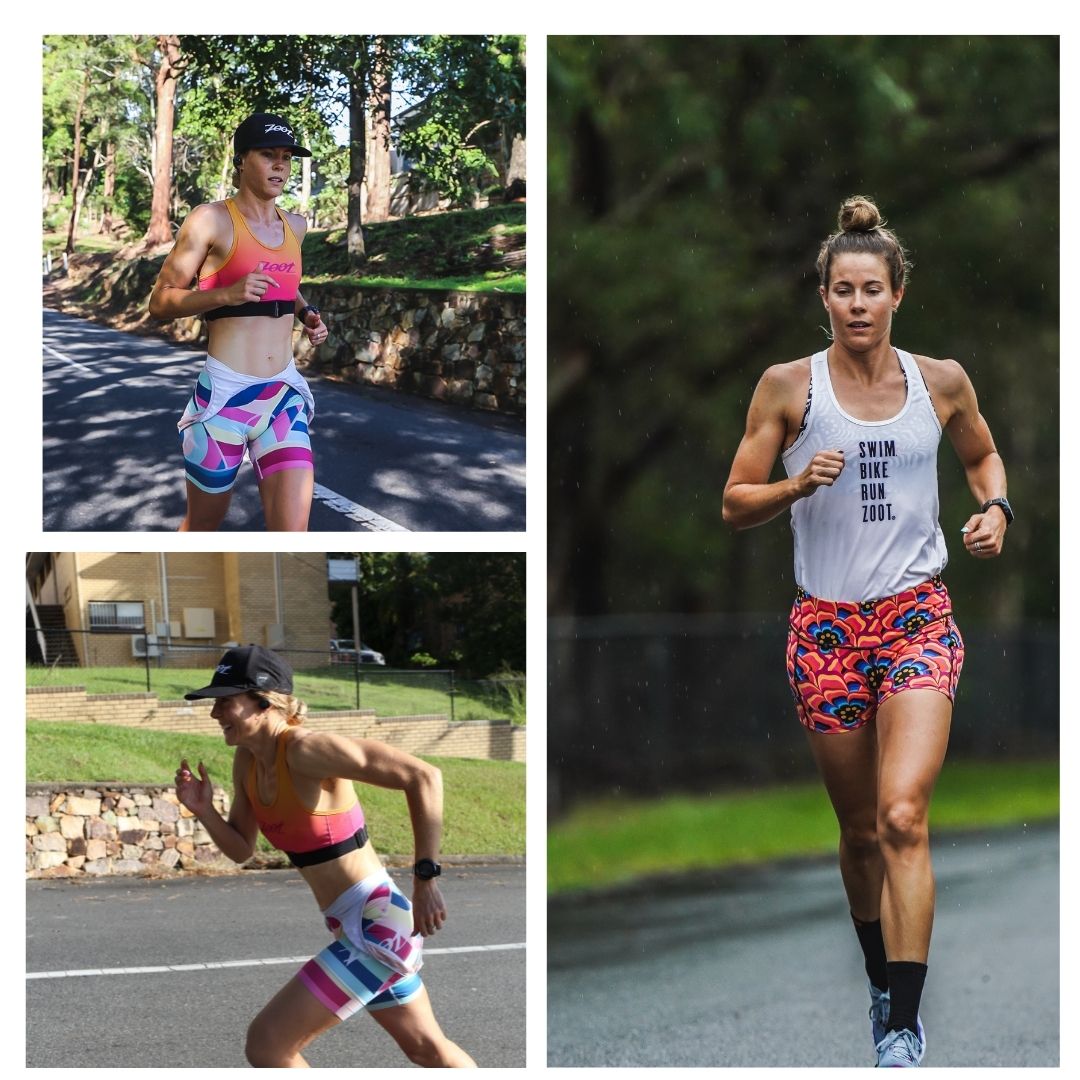 What have been the highlights of your career so far and what have you got your sights set on in the future?

I think my race highlights would have to be all 14 of my half distance titles.  I don't take any wins for granted and to have 14 of them in my half distance career has been absolutely incredible. From going for 15 to coming back, changing distances and then being so successful is mind-blowing to me.

I’m also proud of the person I've grown into over the last 17 years through travelling and my career. I started as a shy timid person who was almost afraid to win and now I love going out there, putting it all on the line and putting my hard work to the test.

There are many of us who have the same goal but becoming world champion is my big goal.. So this year could be the year, but I'm willing to put in the work and no matter what, I'll always give my best.

A massive thank you to Ellie Salthouse for taking the time to talk to us! And if you liked this, you might like:

BRIKL supports the full journey, from design to order, checkout and payment. This is what we call...

Localized currencies: Getting your money's worth

Having an online presence is more important than ever for businesses. But a customer-centric...

Even before his appearance on ‘Shark Tank’, Shark Wheel's COO Zack Fleishman was familiar with the...